“The Super Smash Bros of Crypto” Is Coming In 2023 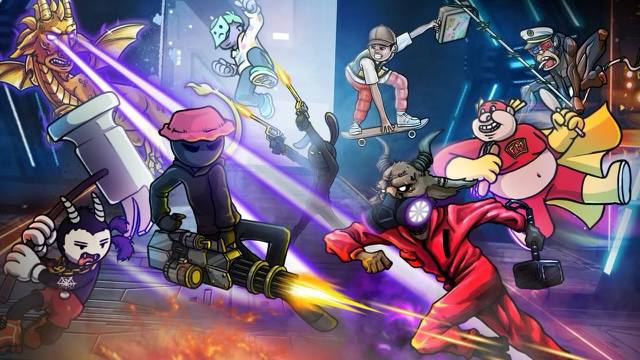 It’s no secret that play and earn gaming is one of the biggest advances in technology spurred on by the rise of blockchain. Every gamer has wished they could get paid to play the games they love, and now, fans of Super Smash Bros by Nintendo, which has sold over 70M copies to date, will have their wishes granted.

Meta Royale is a play and earn brawling game built for NFT, crypto, and gaming lovers alike. The game has a similar concept to top brawling games such as Super Smash Bros, Brawlhalla, and Mortal Kombat to cater to the millions of brawling game fans.

The first game of its genre in Web 3.0, Meta Royale’s characters are all created from NFTs of top collections. Holders of Bored Ape Yacht Club  and Doodles have contributed their IP to be featured characters in the game, alongside collaborations with 25 NFT projects including The GOAT Society and their newest partner Junior Punks.

This unique twist of collaborating with 100s of NFT projects is expected to grow the player base of Meta Royale rapidly, and add a lot of diversity between the playable characters. Holders of the NFT collections featured in the game will get to play as their featured characters earning crypto in the process.

The Meta Royale founders created this concept with the goal of driving massive volume for all collections involved.

Players will be gradually buying the NFTs from all collections in the quest to play as every one of the unique characters, each equipped with their own playstyles, moves, weapons, and abilities.

This innovative concept will create a snowball effect of new players and new NFT collections joining the game, growing it exponentially.

NFT projects will find success from being in the game, attracting new and bigger collections to join in on the action, bringing their own communities with them in the process. A win-win-win for everybody.

Meta Royale will start with 3 main game modes: 1v1, 2v2, and 6 player free for all. This will allow for solo and group players alike to play the game online with other players around the world. As time goes on and the player base builds, the team plans to build even more game mode options and maps based on the feedback of the community.

The beauty of bringing NFTs into gaming is that is bridges the disconnect between players and game developers that has plagued gaming for all of time. When players of todays top gaming titles have feedback or want to see changes, it often goes unheard.

This is due to the only options of contacting the developers being email and messaging on social media, both inboxes usually flooded. Meta Royale won’t have that problem.

By using mediums such as Discord for the entire community to congregate, the founders will have the advantage of being on the ground floor with the players, listening to what they have to say and hosting open conversations about the game.

Even further, the founders of NFT collections featured will have direct access to create new weapons, maps, and vote to change the ecosystem. This way, the individual communities coming into the game will have the power to congregate and create ideas to make their project the coolest in the ecosystem.

Meta Royale is the brain child of 22-year-old entrepreneur AJ Affleck. He is one of the only Web 3.0 entrepreneurs who has been working in the blockchain space since 2013, a time where nearly nobody had even heard of blockchain.

AJ was able to see a future in the technology ever since nearly 10 years ago, and this vision led him to eventually start Studio 135 in 2020. The company advises, funds, and and builds Web 3.0 projects around the globe, and now their attention is on doing the same for Meta Royale.

Outside of Web 3.0, AJ has also proven his business acumen within his business AR Hospitality, which provides internal management and staffing solutions to over 65 hotels nationwide. Some of the biggest names he has partnered with include Nobu, Hyatt, Hilton, and Marriot.

Meta Royale has recently released the long awaited announcement about their most recent partnership with OG NFT project Junior Punks. The project is famous for being one of the first to launch in the early days of NFTs, led by viral influencers Joey Sendz and TheBlondeJon.

Junior Punks launched just as NFTs began to hit the mainstream, and their original concept of bringing influencers and celebrities onto AMAs to chat with the community was emulated by many in the space.

Always looking to innovate and take part in ventures that have never been tested in Web 3.0, the project later shifted its focus when it acquired and built NFT Magazine.

Junior Punks is the first project to ever own a publication. This long term vision of growing NFT Magazine to become the largest source of crypto news in the world has brought many new buyers to the community, seeking the utility of becoming a contributor on the platform.

This mantra of innovation is exactly why Junior Punks has become one of the first collections to collaborate with Meta Royale.

On the topic of the partnership with Meta Royale, Junior Punks founder Joey Sendz stated:

“Traditionally people say to copy what works in business, but when you do that in Web 3.0 you end up being too late by the time you’ve released. NFTs and blockchain is very fast paced and is an emerging technology, nobody knows exactly where things are headed. For the good of yourself and the advancement of this revolutionary tech, its better to try something new and test the limits. Sure, you might crash and burn, but you could also put your company’s name in the history books.”

Due to Meta Royale’s unique mechanics to grow the player base and bring the broader NFT community together as a whole, this is the perfect collaboration. The Junior Punks team is excited to build their own weapons, maps, and moves with the help of their community to make it one of the coolest characters in the game! To join the Junior Punks community click here.

To join the Meta Royale community, click here to join their Discord! The community is being consistently updated as the game creeps closer to launch in early 2023, and new partners join in.

If you or somebody you know is the founder of an NFT project that you’d like to see featured in the game, join the Discord and let the team know! Right now there are 25 projects that are already locked in, and your project can join the fun!