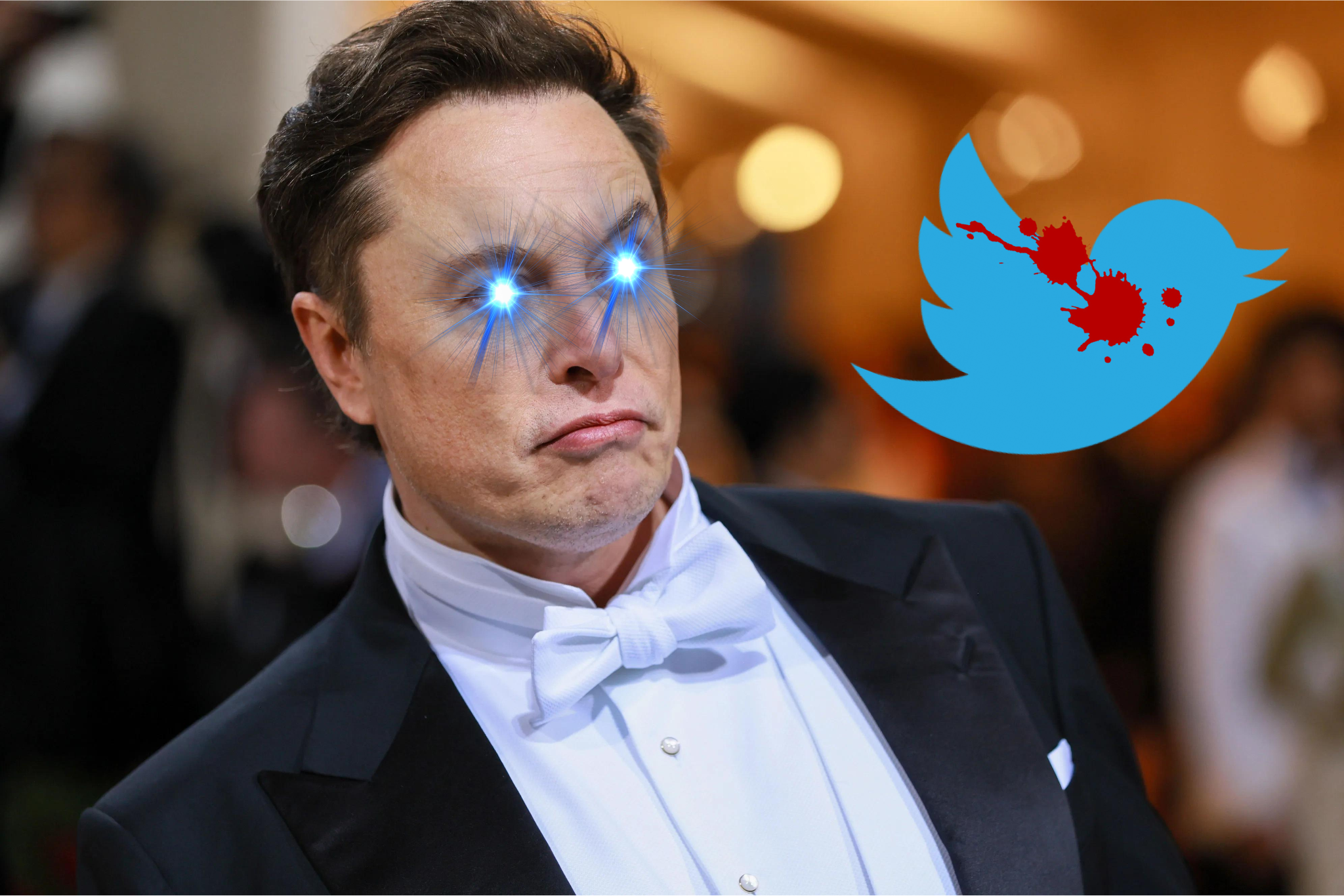 Elon Musk has released the second edition of the “Twitter Files,” this one revealing how Twitter has secretly “blacklisting” a host of conservative voices and COVID-19 skeptics.

In a series of blog pieces, independent journalist Bari Weiss explained how Twitter employed so-called “shadow banning” to reduce the appearance of tweets from far-right users.

The blacklists were created “in secret” and “without telling users,” according to the former New York Times and Wall Street Journal reporter.

Weiss tweeted on Thursday, “A recent [Twitter Files] study indicates that teams of Twitter workers establish blacklists, stop unfavorable tweets from trending, and deliberately limit the visibility of individual accounts or even trending topics – all in secret, without alerting users.”

Weiss noted that Twitter’s motto of giving “everyone the power to create and share ideas and information instantly, without barriers” was overlooked through the development of methods to suppress .

An example was Dr. Bhattacharya’s account which was put on a “trends blacklist.” She shared a backend image of his account which showed a yellow tag indicating the restriction.

“Take, for example, Stanford’s Dr. Jay Bhattacharya who argued that Covid lockdowns would harm children. Twitter secretly placed him on a ‘Trends Blacklist,’ which prevented his tweets from trending,” Weiss wrote.

A similar yellow notice with the words “search blacklist” could be seen in an image from Bongino’s account.

“Or consider the popular right-wing talk show host, Dan Bongino who at one point was slapped with a ‘Search Blacklist,’” Weiss wrote.

She then shared another backend image from Twitter’s company showing a unique “Do Not Amplify” tag.

The thread author also noted that former head of legal policy and trust Vijaya Gadde and head of product Kayvon Beykpour, have denied in the past that the company “shadow bans” users.

“We do not shadow ban,” Gadde and Beykpour said in 2018, per Weiss, “And we certainly don’t shadow ban based on political viewpoints or ideology.”

Weiss claims that the technique of censoring conservative viewpoints is called internally as “Visibility Filtering” or “VF.”

“Think about visibility filtering as being a mechanism for us to reduce what others see to varying levels. It’s a very powerful tool,” a senior Twitter employee told Weiss.

“Visibility Filtering” allows the company to “block searches of individual users; to limit the scope of a particular tweet’s discoverability; to block select users’ posts from ever appearing on the ‘trending’ page; and from inclusion in hashtag searches,” according to Weiss.

Weiss determined that the organization responsible for determining which accounts to ban was known as the Strategic Response Team – Global Escalation Team, or SRT-GET.

But beyond SRT-GET, the secretive Site Integrity Policy, Policy Escalation Support team, or SIP-PES, was responsible for the most “politically sensitive decisions.”

Yoel Roth, the global head of trust and safety, Vijaya Gadde, future CEOs Jack Dorsey and Parag Agrawal, among others, were members of this covert club, according to Weiss.

The largest, most delicate political choices were made here, she said.

The prominent Libs of TikTok Twitter account is one conservative profile that Weiss believes fell within the scope of the SIP-PES team.

Weiss posted an image showing the Libs of TikTok account with a red banner warning, “Do Not Take Action on User Without Consulting With SIP-PES,” and what appeared to be a “Trends Blacklist.”

“Think high follower account, controversial,” a Twitter employee told Weiss of the types of accounts SIP-PES would handle. “There would be no ticket or anything” for these accounts, according to the staffer.

Libs of TikTok , operated by Chaya Raichik since November 2020, has over 1.4 million followers and is categorized as “high profile” internally by Twitter.

According to Weiss, Raichik says Libs of TikTok was suspended six times in 2022, with the bans lasting as long as week, for purportedly violating the company’s policy against “hateful conduct.”

Weiss came upon an internal SIP-PES message dated October 2022 that noted that after the account’s sixth ban, Libs of TikTok “had not actively participated in activities violating the Hateful Conduct policy.”

“The committee claimed that Raichik’s posts encouraged online harassment of “hospitals and medical providers” by implying “that gender-affirming healthcare is equivalent to child abuse or grooming,” according to Weiss, who also noted that “No action was taken” regarding a tweet from November 2022 that revealed Raichik’s address.

An internal Slack message acquired by Weiss from Twitter’s former global head of trust and safety indicated that the business employs technicalities to restrict the appearance of tweets and subjects when a direct violation can’t be discovered.

Roth aimed to increase “non-removal policy actions like deactivating engagements and deamplification/visibility filtering,” according to Weiss’ other findings.

“The hypothesis underlying much of what we’ve implemented is that if exposure to, e.g., misinformation directly causes harm, we should use remediations that reduce exposure, and limiting the spread/virality of content is a good way to do that,” Roth wrote.

“We got Jack on board with implementing this for civic integrity in the near term, but we’re going to need to make a more robust case to get this into our repertoire of policy remediations – especially for other policy domains,” added Roth.

Weiss’ thread comes after another journalist, Matt Taibbi, published the first edition of the Twitter Files, promoted by Elon Musk as “what really happened with the Hunter Biden suppression story by Twitter.”

Taibbi stated that he reported “extraordinary steps” Twitter took in response to The Post’s blockbuster scoop about Hunter Biden’s infamous laptop in October 2020, including “removing links and posting warnings that it may be ‘unsafe.’”

“They even blocked its transmission via direct message, a tool hitherto reserved for extreme cases, e.g. child pornography,” he wrote.

Taibbi said the decision was made behind the back of Twitter founder and then-CEO Jack Dorsey, with former general counsel Vijaya Gadde — who was reportedly fired by Musk when he took over in October — “playing a key role.”

Undated, internal company messages showed Gadde and others discussing how the company would cite concern the story was based on “hacked materials,” even though it had no evidence to support that notion.

According to a former worker, “everyone knew this was f-ked,” as Taibbi noted.

But the company’s “response was to essentially to err on the side of…continuing to err,” Taibbi said.

After a two-week stalemate sparked outrage at Twitter, the social media giant caved and unlocked the account, saying it was revising its “Hacked Materials Policy” and “updating our practice of not retroactively overturning prior enforcement.”

Yoel Roth, the former head of trust and safety at Twitter, acknowledged last week that it was incorrect to censor The Post’s reporting during an interview, claiming that “for me, it didn’t reach a position where I felt comfortable taking this stuff off Twitter.”

And on Tuesday, Musk revealed that he had fired Jim Baker, a contentious former top FBI lawyer, as Twitter’s deputy general counsel for his “possible role in suppressing information important to the public dialogue.”

Additionally, Taibbi claimed in a tweet on Tuesday that Baker was to blame for the delay in publishing his “Twitter Files” tweets on Friday because he had been “vetting” the underlying data “without knowledge of new management.”

Taibbi said Weiss uncovered Baker’s involvement when she learned “that the person in charge of releasing the files was someone named Jim.”

“When she called to ask ‘Jim’s’ last name, the answer came back: ‘Jim Baker,’” Taibbi wrote.

“My jaw dropped to the floor,” Weiss claims.